What you should know before arrival in Russia

How to get to St. Petersburg

There are many ways to get to St. Petersburg. We offer you 3 ways.

1. If you decide to use air transport, you will arrive at Pulkovo airport (https://pulkovoairport.ru/en/). This is the only airport in the “northern capital” as we call St. Petersburg. The distance from the airport to the city center is 23 kilometers. You can get from Pulkovo Airport to the city center by public transport using the bus + metro scheme, or by taxi. Moskovskaya metro station is one of the closest metro stations to the airport. It is here that buses and minibuses come from Pulkovo Airport. Travel time by bus is from 25 to 40 minutes. Then it will take you about 30 minutes from the metro station “Moskovskaya” to the metro station “Ploshchad Vosstaniya”, which is located next to the “Oktyabrskaya” hotel.

2. If you decide to travel through Helsinki, then you can use the services of rail transport. The high-speed train “Allegro” runs between the city of Helsinki and St. Petersburg (https://www.vr.fi/cs/vr/en/frontpage) 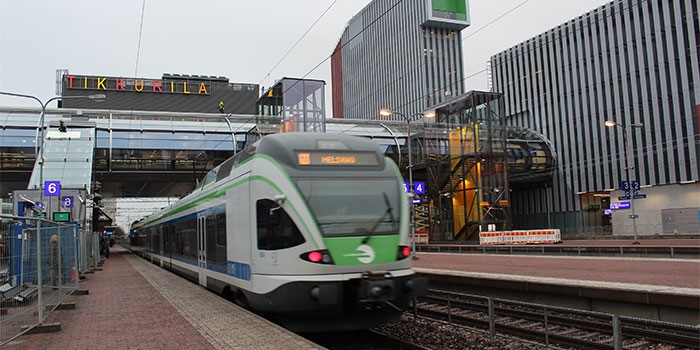 There are ticket machines at the Vantaa airport, where you can buy tickets for trains of both suburban and long-distance traffic. 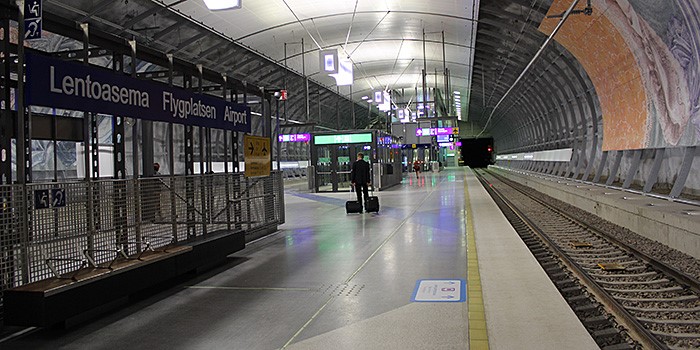 The travel time of the Allegro high-speed train (Helsinki-S.Petersburg) is less than 3.5 hours. There are four daily trains, you can choose the most suitable for you. The railway communication between Russia and Finland is organized with maximum convenience for passengers: passport control, currency exchange, border and customs formalities, Tax Free refunds – everything is doing during their trip.

All trains of Russian-Finnish direction have a cozy restaurant car with high quality dishes and service.

If you inform us about your arrival time to St. Petersburg, we will arrange yours picking up.

In 2019, without a declaration, it is allowed to have money, in an amount equivalent to no more than 10,000 USD in any currency of the world, while crossing the border of the Russian Federation. If the imported amount exceeds the limit, then a mandatory declaration is required.

On the plane or in the arrivals hall of the airport you will be requested to fill in a customs declaration form. You are advised to declare ALL the currency that you bring into the country and on the back of the form list the particularly valuable items that you are carrying, such as very expensive jewellery items. Be sure to keep your customs declaration form as you may be asked to show it when leaving the country.

The basic principle is you won’t be allowed to export more currency than you import. In other words what you had declared is what you will be allowed to take out of the country. …Unless you are able to provide additional bank or ATM and cash machine certificates (or similar papers) officially entitling you to such export.

Whatever the situation, any export of cash (being Rubles, Dollars, Euros or the like) exceeding (per person) 10,000$ US equivalent in total has to be approved by the Central Bank of Russia, and, accordingly, the relevant documents have to be presented to customs at the time of border crossing. Otherwise the traveller is risking to have the excess confiscated (at best).

If you buy an original piece of art, icon (normally never allowed for export), balalaika (other than the toy type mass produced ones) or similar object, make certain that you get a legitimate(!) receipt and a signed and stamped certificate (no less legitimate too!) to say that it is not an antique thing, for customs purposes. The frequent problem may be to be able to tell the right certificate from the bogus one… Do not buy it then, unless you really want to run the risk of ultimately losing it at customs.

Water quality varies widely in Russia. Your best bet is to drink and brush your teeth only with bottled water, which is widely available in supermarkets. Avoid ice in drinks.

Tip 10-15% depending on service. It is typical to round up the amount due to the next round figure.

You can also book your transfer in advance at another carrier company:

Russia certainly is much safer and economical for a traveller than is often thought. In many of the cities in Russia one can safely walk late at night or early in the morning in the down town area. Violent crime is not as widespread as is commonly thought although petty scams and pocket picking can be prevalent. The basic rules of travelling apply in Russia as everywhere in the world: use common sense! Do not rush to trust every stranger you meet, but remember that most of the people you will meet on your way, will be genuinely interested in talking to you. Just keep in mind that people in Russia are generally shy, so it is highly improbable that they will approach you and try to talk to you. The older generation practically does not speak foreign languages. English may help you in the most of situations, but try to target young, educated looking people aged 15-30 as likely to be able to answer your questions. In most parts of Russia still, a westerner is a great rarity, and speaking to one is not always that easy psychologically. The staff at the hotels speaks English, but the sellers in the shops will not always be able to understand you. But, the language of signs is usually understood by everyone.

Most shops, cafes and restaurants accept payment by cards. In some small stores, only cash is accepted.

Public transport in the city

Intracity passenger traffic is carried out by municipal transport: metro, trams, trolleybuses and buses. In buses, trams and trolley buses, the fare can be paid directly to the fare collector, which is in each vehicle, and the passenger gets a ticket from him/her. Today it costs 40 rubles (less than 1 euro). There are also buses of private companies in addition to municipal ones. They usually have a letter symbol next to the route number; the fee is the same or slightly higher than in municipal bus, and it is the driver who collects money. These buses stop at the request of the passenger. Municipal transport stops at all official stops.

Payment for travel in the metro of St. Petersburg is carried out by a token. Today it costs 45 rubles (less than 1 euro). Tokens are sold at the box office at each metro station.

Metro itself is a point of interest for guests of St. Petersburg. It is one of the deepest in the world. Thus, the station “Ploshchad Lenina” (Finland Railway Station) and “Ploshchad Vosstaniya” (Moscow Railway Station) are located at a depth of 71 m and 58 m, respectively.

The deepest station, “Admiralteyskaya”, is 86 m underground one.

The most beautiful metro stations are between “Plochshad Vosstaniya” and “Avtovo”. This is the Red Line M1.

You can take pictures in the metro, but without a flash. You cannot drink alcohol and eat anything! Numerous surveillance cameras and security officers are monitoring this, demanding a fine from hapless travelers.

We recommend you to avoid the metro during rush hours, from about 7 to 10 in the morning and from 5 to 8 in the evening, especially in the city center.

All entrance ground pavilions of the metro are designated by letter symbol M.

Site of the Central Bank of the Russian Federation